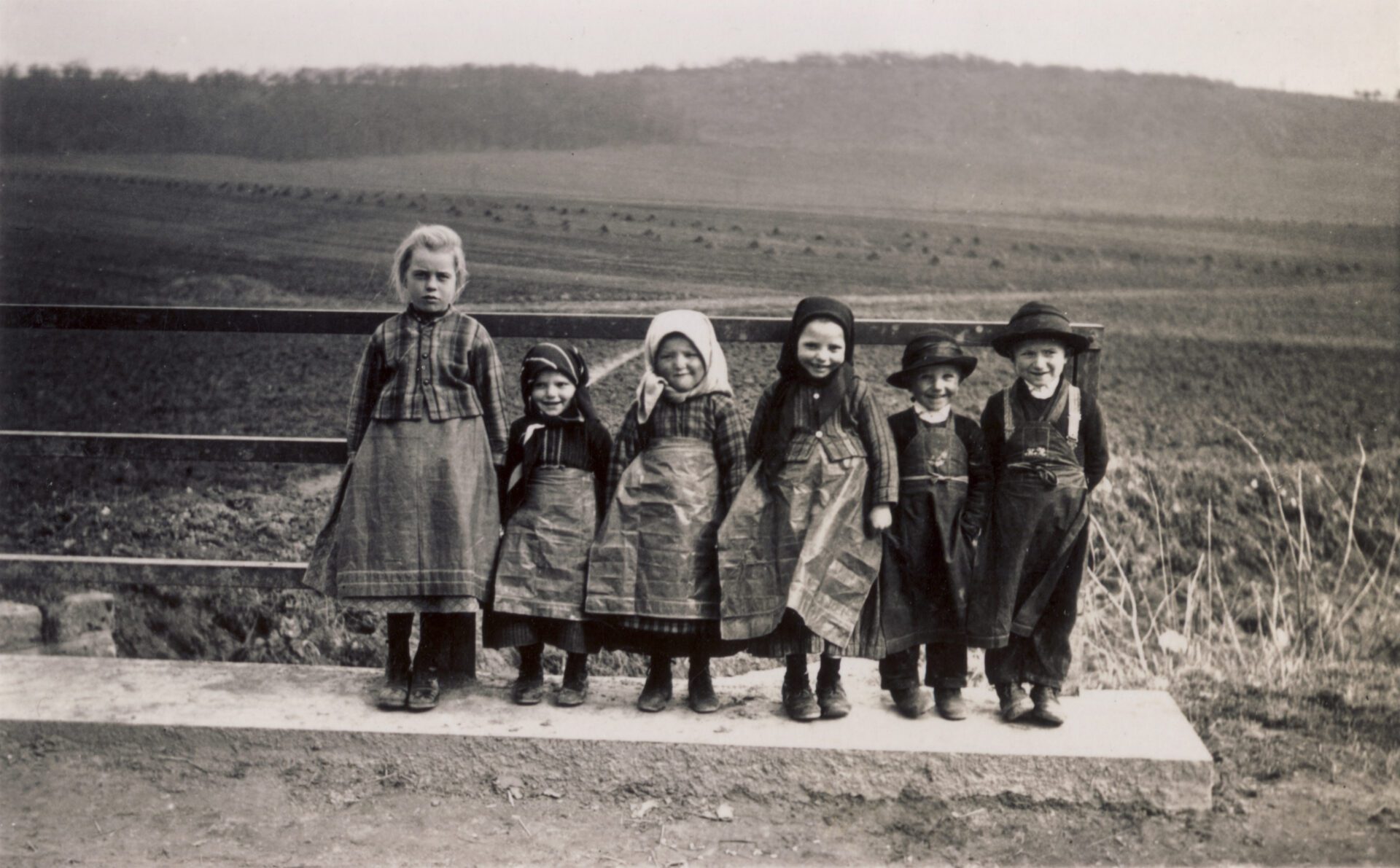 John C. Swanson’s book Tangible Belonging provides not only a rare insight into the life of German-speaking villagers in Hungary, but also into the complexity of ethnic identity and interwar minority formation.

Throughout the centuries, many Germans settled in Central and Eastern Europe. In the territories of the Hungarian Kingdom, German-speaking immigrants first settled in Transylvania (the so-called Saxons) and in Upper Hungary (the so-called Zipsers). After the end of Hungary’s Ottoman Turkic occupation even more Germans were invited to Hungary—as these settlers mostly used the Danube River to arrive in the Hungarian Kingdom, they settled along the river. By the 18th century the territories where they settled (today’s Baranya and Tolna Counties) became to be known as the ‘Swabian Turkey’. Danube Swabians mostly lived in isolated and small rural communities, working in agriculture. Their ‘history’ in Hungary came to an end after World War II, when most of the Hungarian Germans were expelled from the country due to their ‘collective guilt’ of (some) supporting Nazism. The somewhat forgotten history of Danube Swabians is now finding its way back into Hungarian collective memory—to which important historical research, such as the book Tangible Belonging – Negotiating Germanness in Twentieth-Century Hungary by John C. Swanson greatly contributed.

Tangible Belonging – Negotiating Germannness in Twentieth-Century Hungary is an engaging historical account of the Swabian German minority’s life in interwar Hungary. It offers a valuable insight into the tumultuous relationship the minority had with Hungary and Germany not only on the cultural level, but also in the run up to World War II when Nazi Germany actively tried to weaponize German minorities in the region. The book follows the minority from the end of World War I, through the chaotic interwar years of intensifying Nazi influence over Hungarian Germans which give rise to the racial movement, the Volksdeutsche idea to the expelling of Hungarian Germans after the end of World War II. The book finishes on the note of how since 1993 (when Hungarian Germans’ minority rights were reinstated after the fall of Communism) the history and traumatic expulsion of Swabians gradually seeped back into Hungarian collective memory.

The book is more, however, than just a chronicle of the Swabian Germans’ interwar history in Hungary. It is also a rich ethnographic account of the life of villagers in times of rapid modernisation, complexified by another layer of identity—national belonging. The interviews with Danube Swabians not only reveal how it felt like living as a member of a German-speaking community in a country increasingly self-aware as Hungarian, but the interviews also tell the larger story of minority formation in interwar Hungary. The oral histories matched with the author’s extensive archival research are an important testimony to how one’s surroundings, language and family as well as larger historical and political events form the individual’s belonging and identity.

The book, released in 2016, is relevant even today for two reasons. First, it is one of the most prominent research projects done on the Danube Swabian minority in interwar Hungary. Second, a significant portion of the book is dedicated to exploring how identities are formed. Historical research on the complexity of identities, and on the extent to which they are layered and negotiated with our surroundings, is a crucial revelation in an age when identity is claimed to be formed solely by the individual and put on a pedestal. The book is a valuable testimony to how identity is negotiated on the individual, family, local and national levels. One’s identity is not determined solely by one’s opinion about his or her belonging and feelings—identity is something that is embedded into our environment. Swanson’s book is a statement that while ultimately it is the individual who decides about their own identity and belonging, it is done so in negotiation with one’s ‘tangible environment’, consisting of objects, activities, customs and other people, while history, politics and language also make their mark on our self-identification.